Iron Man 3: The Man Under the Armor 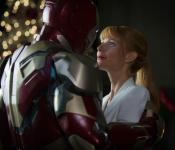 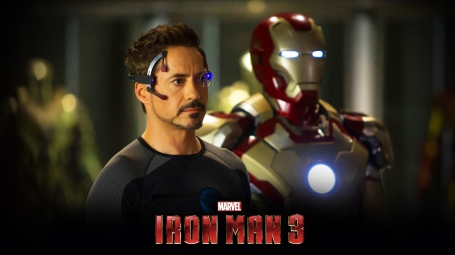 Most of us by now have seen how Tony Stark became Iron Man-at least Hollywood’s version of the origin-we have also seen Iron Man square off against the only other man in the world capable of creating the same technology as him (Iron Man 2). In Iron Man 3 we get to see a “stripped down” version of Iron Man.

In other words, we get to see the “man behind the mask” as Tony Stark comes to terms with the fact that Iron Man is a super hero and the responsibilities that come with that. We see a Tony Stark who is unsure of his abilities and overwhelmed by his need to protect Pepper Potts after the events of The Avengers.

Enter The Mandarin: A new foe hell bent on teaching The United States a number of lessons through ruthless terrorist acts meant to undermine the capabilities of the American government.

Happy is injured while investigating a suspicious character that he spotted at Stark Enterprises . Tony learns that The Mandarin was somehow responsible for wounding his friend and threatens the terrorist. The Mandarin answers the challenge with explosive violence, separating Pepper from Tony.

While trying to find the woman he loves, Tony investigates The Mandarin and discovers some startling facts concerning individuals from his own past before he became Iron Man, or even created the arc reactor. Ultimately, Tony Stark learns that the traits and abilities he has are what make it possible for him to be Iron Man.