Let’s make this brief. Hanna warrants the attention of ardent cinephiles and average movie goers alike. Not because the film is intelligently made or because it has some intense action sequences, but because the film tells the story of a young girl trying to find herself amidst the turmoil of her life so eloquently, that the experience washes over you as does the intricacies of a work of art.

Hanna is exactly that. A work of art. In a brilliant re imagining of the classic fairytale, director Joe Wright brings us an spy-action odyssey as ScreenRant calls it in their review.

We follow Hanna on her journey from isolation to civilization and join her as she discovers friendship, is crushed by betrayal and ultimately uses all of her resources and training to fight the wolves who would keep her from being a part of the world which she has only recently become a part of. A world that had only existed in Hanna’s imagination and is now a reality she never wants to depart from. To survive, Hanna must do what her father taught. Adapt or die. 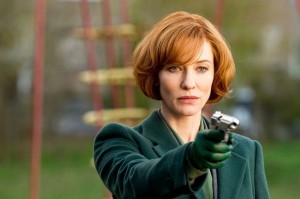 Eric Bana stars as Hanna’s father, Erik Heller. Cate Blanchett is Marissa, a federal agent bent on destroying Hanna and Erik. Saoirse Ronan embodies Hanna so completely, that Hanna becomes more than just a figure on the screen, but a real person. That is the true accomplishment of this film and all who made it. The story and characters are so real that it changes from just a tale to an experience.