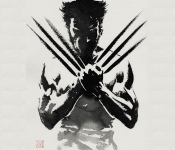 The Wolverine is Back Bub!

The Wolverine starring Hugh Jackman, is among one of the highly anticipated superhero films of the year. With this second stand alone Marvel film featuring the clawed mutant Wolverine, the filmmakers have an obstacle to overcome: the disappointing albeit successful X-Men Origins: Wolverine. Director James Mangold and Marvel do that by borrowing from Uncanny X-Men #172 published in 1983 where the X-Men battle baddies in Japan.

Some of the similarities between the film and comic other than location, are the inclusion of the characters Mariko Yashida, Harada, Yukio and Viper. In the film Viper is a mutant and American. In the comic she appears to be some kind of assassin and is Japanese. Other roles are switched as well, but for the sake of not having any spoilers, we’ll leave out those details. It’s merely interesting to notice what Hollywood does to make something different from the source material while keeping the essence of it alive.

In this “sequel” to X-Men: The Last Stand. Wolverine has exiled himself from The X-Men and retreated to Canada where he lives as a kind of mountain man and is haunted by Jean Grey’s spirit in his dreams. He is found by Yukio,  a female Samurai with the ability to see people’s deaths, sent to invite Logan-Wolvie’s real name for those who are unaware-to Japan at the request of Yashida, a Japanese soldier whose life Wolverine saved during the bombing of Nagasaki and Mariko’s Grandfather; who is dying.

Compelled to pay his respects and attempting to escape his past, Wolverine accompanies Yukio to Japan and meets the man he saved sixty-eight years ago. While there he uncovers a plan to kill Mariko and decides to become her protector. This is a task which tests Wolverine’s spirit and perseverance in unexpected ways, aiding him in rediscovering his reason for being the hero.

One aspect of the film that is especially enjoyable, is the portrayal of Japanese customs and culture. Mangold ‘et al  do this so well, that we are able to see Japanese culture through the eyes of the Japanese and for those familiar with the culture, it is a breath of fresh air because true Japanese culture tends to get reduced to Samurai philosophies in Western cinema.

Marvel should be proud of The Wolverine because it does a superb job of restoring the iconic legend to his proper visceral, animalistic persona. Perhaps the only critique from this fan of films and Wolverine is that Adamantium is stronger than steel, even Japanese steel; unless we are supposed to assume that the Katanas in the film are made of the same metal as Wolverine’s claws. Otherwise, bravo, well done, splendid and all that!

Also, be sure to stay after the credits for a treat that should get many an X-Men fan excited. This fan sure was!

Of the many films that were released in 2012 there were three that could be said to be the most anticipated throughout the year up to their release as the year came to a close. Those three films are The Hobbit, Les Miserables and Django Unchained. Each of these motion pictures has either breathed new life into an aging genre or has been innovative in some way that may change how films are made in the near future.

Hundreds, if not millions have been waiting for a number of years for this film to finally make it to the big screen; especially after Peter Jackson returned to the Director’s chair. Jackson not only accomplished the same dramatic scope and majesty with The Hobbit as he did with The Lord of The Rings Trilogy, he also did something truly innovative. He and the rest of the crew on The Hobbit chose to film at a higher frame rate of forty frames per second—the standard is 35 fps—this resulted in a picture that is so clear, the viewer is hard pressed to believe that the characters are anywhere else but in the same room. Truthfully, the “hyper-realism” took some getting used to. Nonetheless, it only served to bring the story to life—literally. 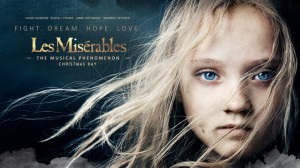 For those familiar with the process of filming a musical, they understand that the standard way is to have the actors lip sync to pre-recorded tracks of themselves singing. This sometimes results in a less than authentic emotional performance from the actors/actresses because they may have made different character choices when they originally sang than when they are filming. Director Tom Hooper—wanting to capture a more authentic musical experience on film—chose to have the actors sing while filming with only the music to sing to. The result is astronomically moving performances by Anne Hathaway, Hugh Jackman, Eddie Redmayne and Amanda Seyfried. Every cast member had the ability to respond to the moment as they normally would while filming a speaking part making each character seem much more genuine in their emotionality. This was truly an original way to approach a generations old genre and give it new life.

Any genre that Quentin Tarantino touches is going to be changed from old and dry to new, edgy and purely entertaining. This is something that Tarantino does well and has his entire career. Django takes the western and flips it on its head. What we get is a story with as many twists and turns as the best thrillers, mingled with ingenious dialogue that intrigues instead of bores and Tarantino’s own brand of brutal, fast-paced and bloody action. This one is bound to be as popular as Inglorious Basterds and Pulp Fiction. Jamie Foxx, Christoph Waltz and Leonardo DiCaprio give effortless performances. Django Unchained is a film worth seeing for any fan of Tarantino’s work.

If you haven’t seen any of these three films yet, stop hesitating. Regardless of which you choose they will leave you breathless, inspired or just plain exhilarated.