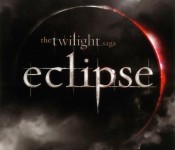 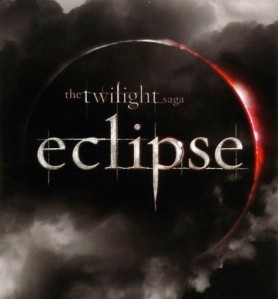 After the cliffhanger ending in New Moon, it was quite a relief knowing that the wait for Eclipse would not be as long as some other franchise sequels. (Ahem…Harry Potter?) The wait, though only a few months time may have seemed long to the most dedicated of Twilight fans, but after a record-breaking midnight showing on June 30th and subsequent shows in the weeks to come, that wait is over. And well worth it. Eclipse brings the Twilight saga to beautiful crest, like a wave before it breaks.

The film picks up nearly right after the ending of the last film. Edward is still asking for marriage and Bella continues to skirt around giving an answer. Bella is faced with a choice. That is the central theme of Eclipse. Does she or doesn’t she? Who does she love more? Edward or Jacob. Both seem reluctant though desirous to make the choice for her. And so, our journey through this portion of the story becomes a dance of sorts. Jacob and Edward making their thoughts and feelings known, Bella caught in the middle. Torn. Between the one she feels destined to be with and the one whom she needs in her life. 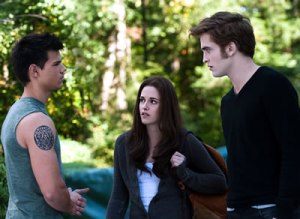 In addition to the turmoil of the love triangle, an outside force is building an army whose purpose is to destroy the Cullens and Bella. The individual behind the creation of this army is unknown at first, though the Cullens eventually figure out who the mastermind is.

All in all the film is well put together both the main plot and subplots working toward the inevitable climax of this series. Taylor Lautner was superb; comfortable in his role as Jacob. Robert Pattinson makes Edward convincingly over protective, while Kristen Stewart has improved somewhat in her performance as Bella, growing more accustomed to the role and Dakota Fanning is disturbingly cold as Jane a testament to the young actress’s talent.